An Official Update to a Premier Brand

Longtime client Official Sports wanted to update its signature U.S. Soccer referee uniform to a modern, clean look using premiere materials and addressing some of the limitations of their previous shirt. As a trail and ultra runner, Studio 23 owner Lee Willett had some strong ideas about what a referee would want in a performance shirt and set to work. While the company could have worked with a standard clothing designer, they understood the importance that the shirt had as a cornerstone of their brand and wanted to make sure that whatever the new design was, it would maintain a visual link to their current shirt.

The core branding element of the previous uniform was a repeating pattern of a pair of thin and thick stripes running the length of the shirt from shoulder to waist. Among other things, this meant that each component of the shirt was die-sub printed separately so that the stripes aligned but the process of imprinting altered the base material performance capabilities. Since, regardless of the design, we knew the shirt needed to perform like a champ, we looked for alternatives that would allow us to retain the stripe but limit the printing. We developed over a dozen alternative designs showing different collars, pocket openings, shirt closures, and stripe details. In the end, Official Sports and USSF decided to implement a design with a half zip front, slim spread collar, ventilated side panels with subtle chevron design, and an inset stripe detailing on front, back, and sleeves as a nod to the original shirt.

The final design is cleaner, looks more athletic, and has been well received by referees throughout the country. It retains the signature double stripe as a graphic element and thus insures continuity of the brand. But as for how it looks, you make the call. See it at OfficialSports.com 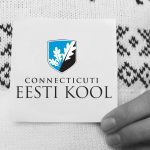