NYC Swim, an organization that raises money by organizing swims in the waters around Manhattan, wanted a way to communicate with participants quickly and easily to promote their events and to give them updated information about swims. While they already had a Twitter account, it was underutilized and bore no resemblance to the organization’s yearly promotional campaign graphics.

Studio23 created a fresh look for their Twitter page based on the established graphics that were to be introduced for the upcoming season. With this idea in mind, the page was conceived to change annually and, during the off season, would be replaced with photos of the previous year’s events.

Since launch, the number of followers has steadily increased, but more importantly, it has allowed our client to create a dialog with their users quickly, easily and effectively. And in case you’re in Manhattan in the summer and see a group of swimmers in the water, one of them might be from Studio 23. 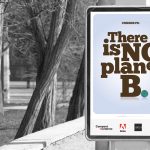 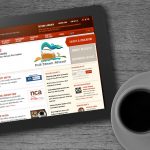