The Map is Not the Territory

The map–territory relation describes the relationship between an object and a representation of that object, as in the relation between a geographical territory and a map of it. Polish-American scientist and philosopher Alfred Korzybski remarked that “the map is not the territory” and that “the word is not the thing,” encapsulating his view that an abstraction derived from something, or a reaction to it, is not the thing itself. Korzybski held that many people do confuse maps with territories, that is, confuse models of reality with reality itself.

Being the cartographer for the Leatherman Harriers Sunday Running group, I’ve seen first-hand the limitations of detailed maps in guiding runners through the woods. In an effort to aid navigation, I redesigned the trail map of one of our largest local preserves. This new diagrammatic map of Ward Pound Ridge Reservation can be printed legibly on a standard letter sheet yet it contains enough pertinent information for trail runners to find their way. While the scale is less accurate than the conventional trail map, the greater legibility offers users more ease while on the trail. Since much of the time, runners are following a predescribed trail, details of each path have been simplified in favor of increased legibility of intersection markers, which are more important for orientation and decision-making. The upshot of the lack of detail also means runners have more of a chance to be surprised along the way—always a plus.

Below are the two maps for comparison. 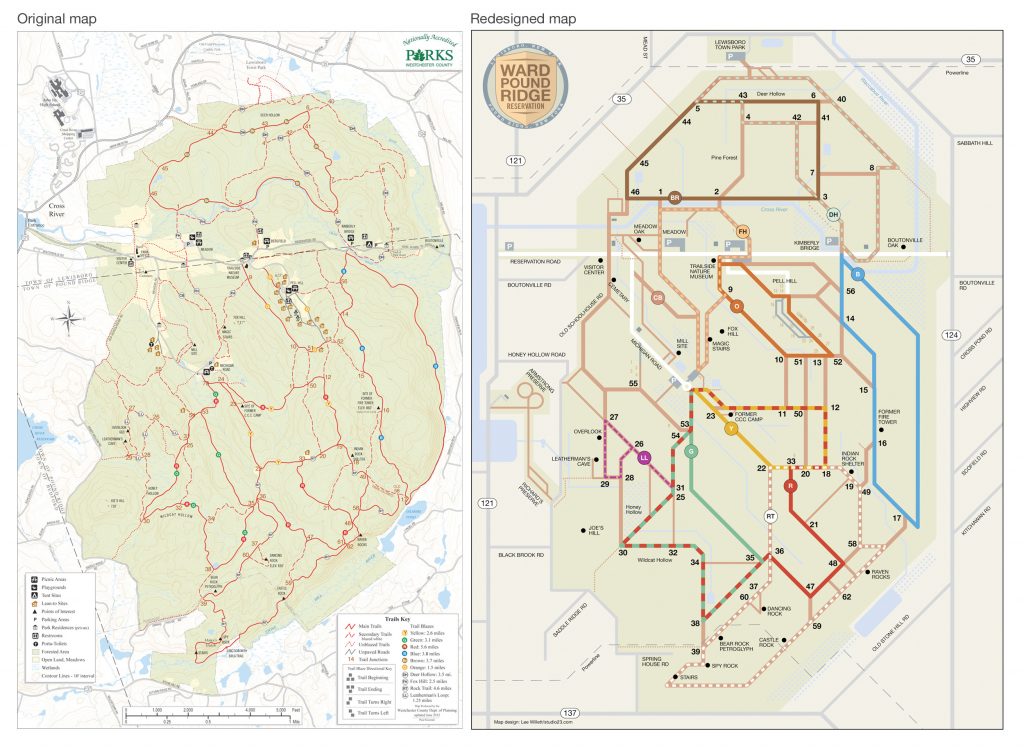 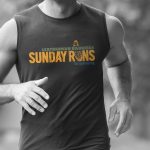 Building a Community, One Mile at a TimeNews 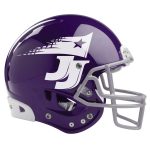