SOTU and the Paradox of Craft in the Digital Age

This week, the president of the United States invited visitors to his State of the Uniom address. That’s not my typo, that’s his. How can this happen?Carelessness? Laziness? Inexperience? Something else?

What does it take to make sure an official communication from the president of the United States is spelled correctly? Very little, so it’s revealing that such a high-profile invitation can have such an easy, yet high-profile, mistake. Sure, some would argue, particularly those who are the president’s supporters, that it doesn’t matter, that the message is clear and it’s just a silly typo.

But it does matter. Words matter. Spelling matters. Details matter. Accidents will always happen, mistakes will always be made, but that doesn’t mean we should accept them as inevitable. Most likely, judging by the quality of the ticket I’ve seen, the ticket was set up in Microsoft Word and may have been printed in-house by someone who has no particular skills in typography, design, proofreading, or any number of other useful skills that could have prevented this error. And therein lies the problem. Aside from the misspelling, the last line of text, the time, is touching the border, it is also set in all caps (P.M.) when the rest of that block is upper- and lowercase. There is an awkward mix of fonts from that scroll text that says House of Representatives to the small caps (and not true small caps at that) for the Admit Bearer block, the Gothic 115th Congress block and the upper- and lowercase text elsewhere. In fact, if we want to go deeper, the 115 is too widely spaced, the “th” sits too high, and non-lining numbers would have made a better choice for the date and time compared to the lowercase context.

But these things are overlooked. There was a time that to produce a ticket such as this would mean a professional typographer would either compose a block of cold metal or hand-engrave the artwork into metal. Both processes are time consuming and require skills to execute well. Engravers and typographers were never rich. Those professions were not ones that people did who did not love their craft. But because their jobs required a considerable amount of labor (wielding trays of lead type, cranking a proofing press, cleaning up afterwards), they made sure what they did was right the first time.

But today, computers allow us to create things like this invitation without having to learn the craft of doing so. The computer makes straight lines and can set text in different fonts, at different sizes, using different weights, but it lacks the judgement, the skill, of guaranteeing the finished piece is done well. And so that duty falls to the unskilled operator, often working for little money, who is not a typographer, editor, designer, printer, or proofreader. Paradoxically, the computer allows for the creation of things of great precision, but of little craft.

It is sad that the president of the United States is leading the charge into a world where craft is lost, where “meh” suffices. We all deserve better. 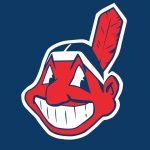 Chief Wahoo, the Cleveland Indians, and the Religious Nature of BrandsNews 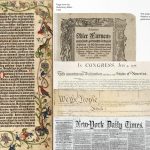 Contextual Typography and the (Sorta) Fake History of Real NewsNews